If we can better understand the language of the brain, we can do more to help the body heal itself.

Technological advancements in medicine have largely focused on diagnostics and surgery. Think of how accurate MRIs have become, and how arthroscopy has dramatically reduced invasive surgeries.

We’re good at seeing what’s gone awry after the fact, and we’re good at removing or repairing it. But where we lack knowledge is in understanding what each individual body is telling us, how it speaks to us, the language it uses. Many ailments are a result of a body’s inability to cope with certain chemicals, or lack of nutrients, or how trauma has rewired the brain. These are things the brain and body could tell us if we could only plug into the body and get an accurate download.

The best example of this is psychotherapy. Patients suffering from depression also suffer upset stomachs, aches and pains, higher risk of heart disease. The therapist tries to get to the root of the problem by identifying an event and then retraining the individual to reprogram the response to the memory, thus short-circuiting the misaligned wires that keep replaying the pain. The trick here is to get patients to be honest with themselves. It can take weeks, even months to break down self-mistrust and courageously face the need to change behaviors.

New research shows electrical impulses on the vagal nerve help severely depressed patients do just that. And more research shows the neural connection between the gut and the brain, explaining why certain diets and foods release or inhibit dopamine, the feel-good chemical. This is good news. It means the brain is more connected to all body functions than we previously believed. Basic functions like digestion and breathing aren’t just on auto-pilot. There is more going on, and it is all interrelated.

So imagine if we could get real feedback from the brain on all these functions, and it could say things like: “Hey, this hayfever I’m experiencing is related to this specific pollen.” Or, “the source of these daily headaches is because of a trauma I experienced some years ago and never resolved.” It might even say: “That handful of supplements you are taking is really messing with my liver, that’s why your joints hurt.”

This isn’t like some Star Trek body scan. What we are finding is that the brain communicates with each part of the body in different ways, and because the organs are all interrelated they kind of collude with each other when something is amiss. So by understanding the language they are speaking to each other we begin to understand what it takes to fix what is wrong.

Many times it is a change in nutrition, exercise or sleep problems. Sometimes it has to do with self awareness and behavioral changes. And sometimes the body needs physical signals to remind it to stop a harmful process and switch to a healthier one. This is best illustrated by the treatment of persons with PTSD. A harsh memory continually replays in the subconscious triggering the physical responses in the fight or flight part of the brain. When this switch is left on the body becomes exhausted, the brain can’t cope with the overload and the person is fatigued, unproductive, which leads to depression and often to physical coping mechanisms like drugs or alcohol that only exacerbate the problem. Triggering the brain to reframe the response to the memory gets to the cause of all this pain. But how does this work?

There’s a technique from Eastern medicine that is gaining credibility in the West. It’s based on acupuncture. According to practitioners, acupuncture realigns the body’s energy system. What’s really happening is neurotransmitters are being stimulated. Acupuncture and acupressure have both been found to be effective treatments for pain and anxiety. When combined with self-talk therapy, a form of acupressure called tapping, relieves anxiety, depression, and PTSD.

So what is going on here?

Well, I believe that the brain connections running through those neurotransmitters is being communicated to. As our brain processes what we are thinking, the tapping triggers a new pathway that circumvents the negative thought.

Sounds crazy, but think about it. A traumatic event, usually physical of some kind, triggered the brain’s response. Every time reminders of that event appear: sights, smells, phrases, images, places…the trauma replays itself. So why would it not be possible to use a physical stimulation in conjunction with a new thought or experience to change the chain of events from negative to positive? We know from studies in neuroplasticity that the brain can change. It is not a fixed organ, but rather one that is adapting and changing and renewing all the time.

Now wouldn’t it be exciting if we could understand what it is telling us? 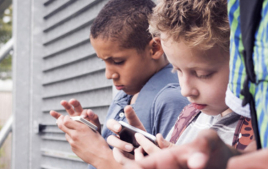 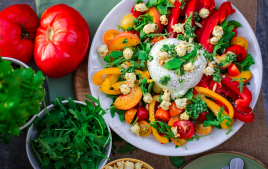 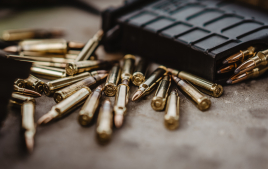