We all know them, those friends of a friend that cozy up to us because of the sales opportunity we represent. They invite us to dinner, deliver a once-in-a-lifetime opportunity, and speak to us like one of those “starry-eyed messiahs” in that Eagles Song: “Learn to Be Still.” That’s where the first MLMs got it wrong: selling the dream, not the products. The dream turned out to be making money off your friends by getting them to sign up their friends who all bought a garage full of stuff they couldn’t use. No wonder attrition rates were 70%. That’s a lot of churn and burn. Still, the most persistent players made tons of money.

Let’s pull out our decentralized lens and look at Direct Sales from a new vantage point.

First, think how retail is set up now: A company manufactures and sells a product. Customers want it so they buy it. They’re loyal to it so they preach about the product’s virtues. They recommend it. They get no compensation for being a brand ambassador. The company, let’s say Apple, makes all the money…and for good reason. They design and build the products, employing thousands of people and investing millions of dollars. Stores, or resellers, rent space, buy products in bulk, advertise staff employees, and make their cut of the profits. And the customer gets a good product that meets their needs and everybody is happy.

Suppose you are a new company trying to get your product out there and you are up against Amazon and Walmart. Nearly half of all ecommerce dollars are spent at Amazon. As for Walmart, nearly every American spends money there each year. 10% of retail is spent there. So how does the little guy get any attention? Centralized retail not only keeps big profits in very few hands, it also limits our choices of where to shop and how to get lower prices. It creates an imbalance between consumers and producers. It also self-regulates wages downward. According to the Bureau of Labor Statistics, wages have not kept up with inflation.

How can we address this income gap?

Most people are addressing it by getting a second job. According to Bankrate.com, 37% of Americans have a side-hustle.

So basically, we have a strong economy, but lower wages so more people are working more hours and taking on second jobs. Let’s take a step back and look at one company that revolutionized the retail world during the depression and beyond. The Fuller Brush Company made some remarkably progressive decisions back in the 1930s and 40s. They paid commission for sales. They employed women who wanted to work full or part-time. And they employed students who only needed a summer job. These door-to-door warriors started in their own neighborhoods and sold to their friends and family, then moved out into territories, knocking on doors and making as much money as their skills allowed. In effect, they earned their share of the profits by putting in the hard work. Fuller brush made it possible for many a family to survive the depression, and many a student to make their way through college. But Fuller Brush didn’t just introduce novel sales ideas, they had great products.

MLMs began as a way to break into markets they couldn’t buy their way into—supermarkets used to charge for shelf space and big companies like Campbells and Procter & Gamble were hard to compete against. So Tupperware was born, and Avon, then Amway. They provided good products that people wanted, and the opportunity for the average person to make some extra scratch. But without proper regulations, new MLMs sprung up making outrageous health and profit claims. Most of these companies disappeared after a few years, leaving only the founders with a return.

There will always be scammers looking to make a buck off unsuspecting consumers. According to the Federal Trade Commission, $1.48 billion was lost to fraud last year in the U.S. Fraudsters target people in their 20s as well as those in their 70s. They pose as investment experts making outrageous claims, or silently phish for your identity so they can drain your bank account. Consumers are far more likely to buy based on a friend’s recommendation. And expectations for great customer service rose 10% this year. That means companies are spending a lot of money to make transactions more personal.

Now add all this up: Great product + Personal, friend-to-friend customer service + shared opportunity to grab a bit of those profits for yourself. It makes sense to decentralize the retail process. Innovations happen faster. Feedback happens faster. Profits are shared with customers.

An honest, direct sales company with a great product and a fair compensation plan will deliver opportunities far beyond picking up a night shift at the supermarket, or driving for Uber in the wee hours. It starts by getting rid of the cultish personalities, the buy-in fees, and acting more like a creator of products first—with a good opportunity to earn money from referrals. Call it what it is: a sales job. And lots of people, like those selling brushes and brooms door-to-door, would jump at the opportunity. 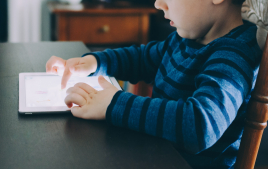 Is Screen Time Good or Bad? 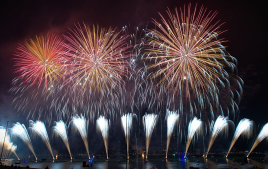