It turns out the nutritional divide in the U.S. is more complicated than just not living near a Whole Foods.

Food deserts in the United States are a big problem.

Thanks to many organizations, Americans are actually making a dent in solving the food desert problem.

However, two associated problems still persist that tragically dilute the ongoing achievements of our food-desert warriors.

We initially thought if you just place healthy food near Americans they will eat it and magically become healthier.

And yes, that’s true to a point – but only if 1) people can afford to buy the better food; and 2) people understand why they should eat healthy food in the first place.

What is a Food Desert?

The term “food desert” is not a trivial term to be taken lightly. Food deserts are quite real and have an incredibly large impact on the health of at least 24 million Americans toady.

A food desert is an area with little access to nutritious food, in contrast with an area with easy access to supermarkets or smaller shops with fresh, healthy foods.

If you live in an urban area and the only two food options available within a 20-minute walk are browsing the snack counter at the corner liquor store or hitting a Taco Bell, then you’re in a food desert.

Food deserts have a disproportionate impact on low-income neighborhoods centered inside of large cities.

Stop to think about this for a minute. If you lived in a city without a car and were dependent on public transportation, how hard would it be to take a long bus ride just to find a small grocery store?

A lot of local and national organizations have done a tremendous amount of work in the non-profit and for-profit sectors – and they are starting to make a small dent it the food desert problem.

But, it turns out the nutritional divide in the U.S. is more complicated than just not living near a Whole Foods.

Having healthy food available at a grocery store nearby and actually being able to afford that food are two different things.

A 2018 study by economists at Stanford University, New York University, and the University of Chicago showed that the biggest difference in how good we eat comes not from where we live but from differences in income and nutritional knowledge.

That makes some sense since healthier food costs more money and therefore the nation’s poor are less likely to buy better foods.

Eating real food on average costs twice as much and takes twice as long to prepare compared to junk food. A low-income person is more likely to take on additional side work or a second job thus reducing any available time to cook the healthy food they can’t afford to buy at the grocery store anyway.

When you consider these factors, is it any wonder that low-income people tend to settle on trading $6 for two Big Macs, a sugar-filled soda and then go straight to bed at the end of a long day compared to taking a leisurely $12 stroll through Whole Foods on the way home followed by 60 minutes of cooking and doing the dishes?

The good news is that the data shows when poorer people start to make a better income, they naturally spend more money on healthier food.

Overall, high-income households purchase one additional gram of fiber per 1,000 calories than low-income ones, which is associated with a 9.4 percent decrease in Type 2 diabetes. They also buy 3.5 fewer grams of sugar, which correlates with a 10 percent decrease in death rates from heart disease.

Clearly, we as a nation need to do more to help lift each other out of poverty.

We can teach each other ways to make additional income streams for our families.

We can provide free and low-cost education for all those willing to learn. We can be less divided and treat all humans as, well, human.

In addition to raising income levels, we also need to do a better job at nutritional education for our citizens.

If you don’t know exactly why you should spend more money on healthier food, then why would you?

The standard American diet is a train wreck and we’re failing Americans on every single level.

Despite well-intentioned nutritional guidelines and an overall rise in the rates of physical activity, Americans are getting fatter and less healthy.

Obesity is up. Cardiovascular deaths are increasing. Deaths from Alzheimer’s disease are on the rise.

Type 2 Diabetes alone costs America more than $500 billion a year. Sadly, Type 2 Diabetes is largely preventable – but only if people start eating better decades (yes decades) in advance and start taking care of themselves long before symptoms would show up in a routine doctor’s exam.

There’s a growing movement worldwide trying to educate people on better eating habits. This effort largely involves convincing people to avoid all sugars, eat real food, and avoid any food that comes in a box.

Robert H. Lustig, M.D, who appears below in the trailer for the movie “Fed Up”, is a pediatric endocrinologist who over the last 30 years has seen younger and younger children being diagnosed with Type 2 Diabetes.

Sure, children get Type 1 Diabetes, but adult-onset Type 2 Diabetes is a completely different beast and it typically takes years of bad eating habits to develop.

Children rarely got Type 2 Diabetes before any prior point in history. Recently however, a 3-year-old was diagnosed – the youngest so far on record.

Dr. Lustig puts the blame on large-scale dietary trends started in the 1980s saying, “Ascribing personal responsibility to the obese individual is not a rational argument for an eminently practical reason: it fails to advance any efforts to change it. The obesity pandemic is due to our altered biochemistry, which is a result of our altered environment.” 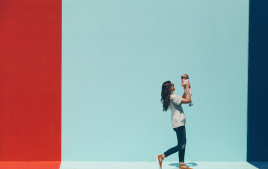 How Moms want their Kids to Engage with the I... 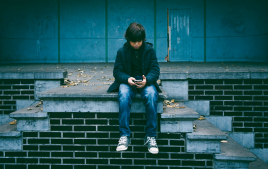 Independence or Protection – a Parent&#... 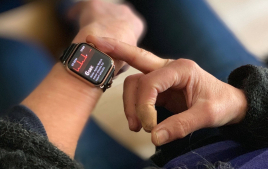 Apple is Getting into Healthcare with Doctors...