While the online debate rages on, Apple loyalists are growing nervous about the number of security cracks and exploits as of late. The issue is laid out nicely in Forbes by Zak Doffman, a security expert.

The argument itself shines light on the real issue: what is the best way to ensure privacy, control, and security? Set aside the sex appeal of the product itself for a moment. Apple has done that well, but since Steve Jobs moved on to the next sphere, the innovation momentum has slowed and the design mostly unchanged. To be fair, once a design works the modifications it needs are minimal. But take Android: the quality of the system has improved rapidly and now the security is on par or even better than IOS.

Apple innovation has long been an exclusive club, closed and centralized. To an emerging market of technology adopters, that strategy is brilliant. What Apple has said all along is: “Let us do the work behind the scenes and make everything simple for you.” But as users started looking under the hood, and security threats heightened, it felt like they were becoming too dependent on the Apple gods.

Meanwhile, open source created an opportunity for Android to really accelerate development while staying in tune with what users want.

So if the two systems are relatively even now in terms of vulnerability, the next step is to decentralize storage to prevent mass exploitation. This is something Apple will be slow to do. The cloud is easy, cheap, and convenient. Investing in a decentralized system would be astronomically expensive, and cut off a chief revenue source: our data.

To provide real security, real privacy, and innovation at the speed of market demand, we need a new Apple. Think about it: Apple was the young innovators that took on the staid business machines of their time: IBM and Xerox. They appealed to the masses with their simplicity. Everybody wanted a computer, few knew how to use them. Mac was the answer.

Now Apple has become the company too big to make the radical changes the people want. They even defy the rights of citizens and the constitution by collecting personal data and refusing to cooperate with the Department of Justice.

These changes have to start from the bottom up. Decentralized storage to take security to a new level. Control of content and the ability to block threats at the firmware level. These are the earth-shaking, paradigm shifting changes that are taking us from steam locomotives to jet airliners. You simply can’t build an airline using railroad infrastructure.

At Clear, we are the new Apple. See what we’re up to at www.clearunited.com 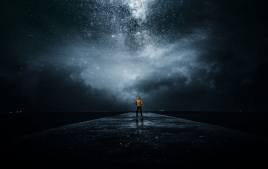 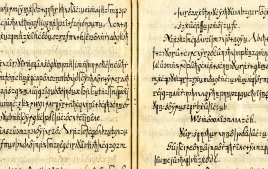