Even so, every time we log into a website or app, that app or website takes a little piece of us with it. Those little pieces of us, over time, make up a really good picture of who we are, what we like to do, and where and when we go somewhere, but it does not contain the final and ultimate key that all the big companies are searching for…

Why – this is the big question. And if we hope to have any future version of us all who aren’t digitally owned and controlled by a super company then we need to keep that “why” safe, secure, and most importantly under our own control.

Shouldn’t each individual have the right to maintain control  and ownership over our own personal data?

I believe that is a basic human right.

So, how do we do that? How can we keep to ourselves after so many years of giving away everything else about us.

The answer? Well, we have to take a stand. And this is the last chance we’ve got.

Facebook just introduced a product that will introduce 2 billion people to a data mining identity platform that will give Facebook the “why” they’ve been searching for.

It’s not a question of if or when this is going to happen, it’s inevitable… so what can we do? Boycott? #deletefacebook? Do we build a new social media network? Facebook is so firmly entrenched that a new Facebook competitor is highly unlikely to achieve mass adoption.

Which is all too bad because with this new product, Facebook is going to accumulate so much more personal data that it could eventually end up having to keep some of our data on Facebook servers buried in Mark Zuckerberg’s backyard.

Instead of fighting Facebook, the people of the world could convince Facebook to responsibly build its new identity system in a way that doesn’t risk compromising financial data in addition to personal data.

Seems risky, but let’s vet it out.

Do we have a choice? Yes, yes we do. So, what are our options?

Well, it starts with security, privacy, ownership and control. Like Spock from Star Trek, just without the “K” :).

What if there was a way to have the security, privacy, ownership and control of our data while still giving Facebook what they need to make money? Wouldn’t it be a win/win?

It seems too good to be true but it isn’t.

Here is how it works. For illustrative purposes, let’s call this example the “shadow.” Think of a shadow cast from a person holding up their arm. An onlooker who only sees the shadow being cast could still tell if that person casting the shadow is holding up their hand or not, but this process doesn’t disclose more than is necessary – the onlooker doesn’t actually need to see the hand in order to verify via the hand’s shadow that the hand in fact exists.

Now, that is a vast oversimplification. However, the actual technology of zero-knowledge proofs are much more complicated and are actually very, very secure – like cryptographically secure and unbreakable.

That means that Facebook would still have absolute confidence that the shadow information you OPT IN to share with it is ACCURATE, however, you NEVER HAVE TO GIVE FACEBOOK THE ACTUAL DATA – unless you want to of course.

Now, what about Facebook… why would they ever listen to what we have to say? To be frank, they won’t want to transition to shadow data unless we take a stand. It’s in Facebook’s interest to keep as much data as possible.

So, let’s take a stand and tell them thats all they get. Bottom line, let’s compromise now and give them a proof of data without actually disclosing the data itself, rather than continuing to just give them exactly what they want. 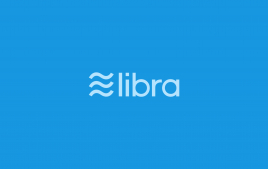 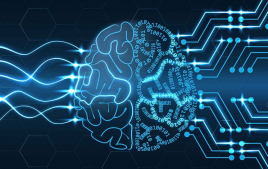 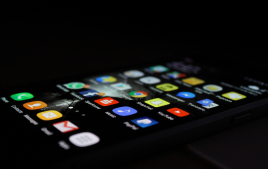