Let’s first look at what energy provides: comfortable living conditions, transportation, education, economic development, healthcare…energy is the engine that drives opportunity. There are two problems with this:

2. Energy production and distribution is mostly controlled by a few mammoth organizations centralized on a daisy-chained power grid. That’s a problem because chain reactions can knock out large regions and the power brokers (pun intended) can raise rates at any time.

Is renewable energy the answer?

There’s been a lot of talk lately about going green or 100% emission free. That’s a good idea, if it can be accomplished. But both solar and wind generated power require massive tracts of land. It would take a solar farm the size of New Hampshire to power the Eastern seaboard. We complain about coal plants, but to date, they are the most efficient, and getting cleaner every year. Nuclear is clean and takes up a relatively small footprint, but the fear of a meltdown has stalemated progress on many projects.

It’s a complicated issue. Most people are not going to suddenly start using less energy. And getting completely off the grid is either too expensive for our current lifestyles, or requires us to live like early American settlers. Not much chance of that happening. When you add in the concerns of climate change and pollution the issues get so politicized that it’s almost impossible to legislate our way to something that works; assuming there is a better way.

What is the answer?

A couple of things are quietly happening. First, solar technology is rapidly improving. Hydro electric is making its contribution. There are new developments in geo-thermal, and nuclear engineers are turning to smaller, safer plants. All this is good news, and an aggregate answer; but doesn’t address the central grid and its inherent flaws.

When there are options, competition thrives and innovation accelerates. Micro grids focus only on regions, not entire countries. These micro grids sell power to the main grid and function inter-dependently. It’s a step in the right direction because it promotes competition and that keeps costs down. Smoothing out those daily costs is key to most consumers, in addition to moving toward energy independence. A big part of the solution is back-up power for homes—the capability to run your whole household for 12-24 hours during a black out or during peak usage hours. Think about it this way: A battery collects energy from alternate sources like wind, solar, and the power grid. Renewables aren’t enough to power the whole house, but it offsets costs of the leftover power you have to get from the grid. And with the energy storage of a home battery, you can recharge from the grid on non-peak hours. Collected energy stored at the house can also be distributed when the price of grid power is at its highest. So you avoid paying those peak prices in two ways. And when you have excess power, you can sell it back to the grid earning even more discounts on your bill.

A thought for the future.

Now imagine that micro-grid concept. A solar or wind farm creates about 30% of the energy you need. Add to that independent energy developers contributing another 10%. Batteries allow for 15% more efficiency, all power goes into a community micro-grid where use and storage are shared. It’s not 100% renewable, but it does get us mostly off the centralized grid. And consider this: The next generation of micro-grids combined with the right energy storage solutions could bring permanent power to even the remotest of third-world villages. Imagine how that evens the playing field for all of the world’s people.

In order for us to continue to progress as a society, we need efficient ways to create energy that don’t take more from the planet than they give back. We need our energy distribution to be more efficient: from plant to household there can be a 6% loss, but that’s not including the losses at the plant where energy is derived from burning coal, petroleum, natural gas or nuclear where one-third of the energy is lost. Our homes need to be more efficient, maybe as much as 30% more efficient—tough to do with all the computing power we are currently using. And we have to be able to store energy to use for: peak hours, blackouts, cloudy days, and be able to barter. In the future, the consumer will have more control vs. the big power brokers. Communities will form around shared renewable sources and micro-grids along with energy storage solutions. In fact peer-to-peer power sharing is already happening in Brooklyn.

The perfect energy economy would reward those who are efficient, who share or generate their own energy. And to really work, micro-grids would dot the earth—reliable and trustworthy based on blockchain technology. In order to generate power, sell and store, a new currency would have to be in place that isn’t dependent on the whims of a megalithic power company or to be leveraged as political capital. That’s what we are working toward. For us, the answer is CLEAR combined with the ClearEnergy ecosystem. 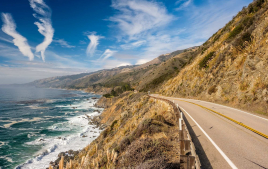 Road-tripping On New Forms of Energy 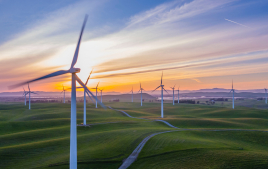 Renewable Electricity Beat Out Coal for the F...

Top 10 Energy Sources of the Future