In the 11th and 12th Centuries, the iconic travelling friars used a system of hand gestures and finger alphabets to communicate to each other. Having taken a vow of silence the Monks in this austere lifestyle used sign language to maintain order in their strict hierarchical existence, especially in public. Every monastic order had its own variation of sign language.

Now, think of all the languages in the world and how we are all connected by the two most common: Facebook and Google. As iconic as Monks. We all know what they are, and what they do. But few of us commoners know how to speak their secret language. And even fewer know how those two languages serve their masters more than their users.

OK, now for the plot twist. Think of Monks gone bad. The secret language of Google and Facebook allows them to track us even when we are in privacy mode. There they are in their hooded robes and their secret language inserting tracking codes into all our devices. Every time we sign in with Google or Facebook they take a little more of our souls. We think it’s convenient. We think Google and Facebook have our best interests at heart. But look closely and see them for what they are: unscrupulous marketers in fake Monk robes.

Google and Facebook exist primarily to make money. So while their operating systems, sites and apps allow for swipes, photos, location pinpointing, searching, purchasing and a thousand other functions—each of those behaviors is gold to marketers. Your behavior is a prime cash source, sold out to the highest bidder. Yes, the devices we use pretend to care about our privacy. That is all a sham masquerading as righteousness.

So, it’s time to defrock the bad Monks (no offense to the good Monks over the Centuries who have served so faithfully). In order to do that, we must take control of our devices at the Operating System level. The best place to start is with the most omnipresent device: The phone.

For a phone to be truly private it must run on a secured operating system, one that was built with privacy at its core. No back doors, no secret languages, no data shared with marketers, no bad Monks, nada. Which means an operating system that wasn’t designed with a phone in mind at all, one that was meant to keep hospital records and bank statements and legal documents completely private.

There are precious few operating systems and devices who hold themselves accountable to these principles. One good example is ClearOS.

ClearOS has 17 years of use and continued development in sectors that demand privacy.

So when phone data leaks started to affect millions of lives, and people were getting just a little creeped out about their phones spying on them, the team at ClearOS decided a good answer would be to build the ClearPHONE with an airtight operating system. It doesn’t allow for secret languages that collect and sell data, or track you, or log your shopping choices and try to sell you more. It simply keeps everything about you private.

Think about that. A phone that is your most trusted confidant and is built on a platform of privacy, not exploitation of its users – just like an authentic Monk who honors his vow of silence and cannot betray you. 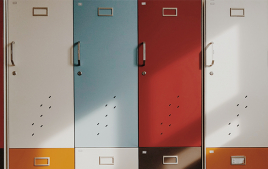 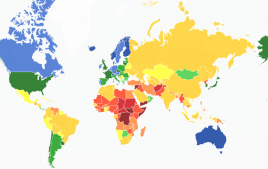